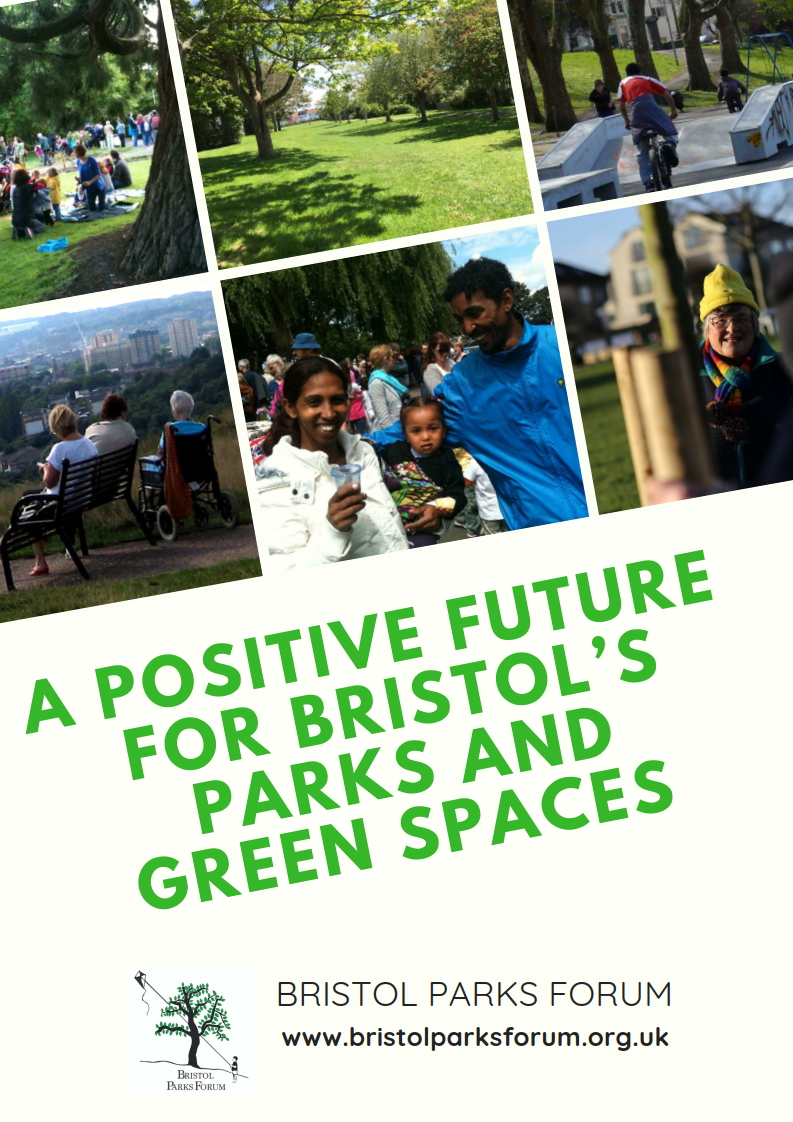 Bristol’s publicly owned Parks and Green spaces are used by thousands of people every day.

The Bristol Parks Forum, as the umbrella organisation representing groups directly involved in our Parks and Green Spaces, has a new Vision.

The vision is written to make people look forward into a world which could be different than it is now. We cannot just think of where we are now as being the future; but look forward to a time where Parks and Green Spaces are recognised fully for their value to the City and are better than they are now.

Bristol is rightly proud of its publicly owned parks and green spaces. These areas can be big or small – formal or informal. They are located throughout the City. They play a critical role in people’s lives; and are an important part of the infrastructure of our City.

It has been proven that they can be a place for improving people’s health and well-being through relaxation, play, walking the dog, taking part in sports, discovering wildlife, watching events or other activities. They can improve air quality, reduce noise, store flood water and provide critical habitats and corridors for wildlife.

This Vision will influence the way the Bristol Parks Forum and its members will act so that we can achieve the Vision; and we’ll ask the people, organisations and businesses of Bristol to get involved in delivering the Vision.

Through the Vision we want to ensure that everyone, including those with protected characteristics*, can have access to good quality parks and green spaces.

Our Vision was formally adopted at the Parks Forum meeting on 16th February 2019. It was produced following an extensive consultation exercise with BPF member groups and other organisations in Bristol led by our committee.

Over the coming months Bristol Parks Forum will be adding information to this page to give extra detail to the aims and objectives set out in the Vision.